Dominique Doucet, President of Sirios states: ”Results of our drilling campaign are highly encouraging, they allowed us to demonstrate the continuities of gold zone along the north-eastern trending structures in the tonalite as well as to confirm significant gold presence in meta-sedimentary rocks. Future exploration efforts will therefore focus on more promising priority targets, such as: the zone or zones ”52” in the drill hole with the same name, the biotite schist intersected in drill hole #40, the new north-west sector around drill holes #47 and #48 located at more than 1.5 km from the main drilled sector; the whole sector neighboring the tonalite-meta-sediments contact and finally, north-east south-west structures. In addition, identified target by till sampling at more than 3 km north-west of main drilled sector, will be the sixth priority target for upcoming fieldworks.” 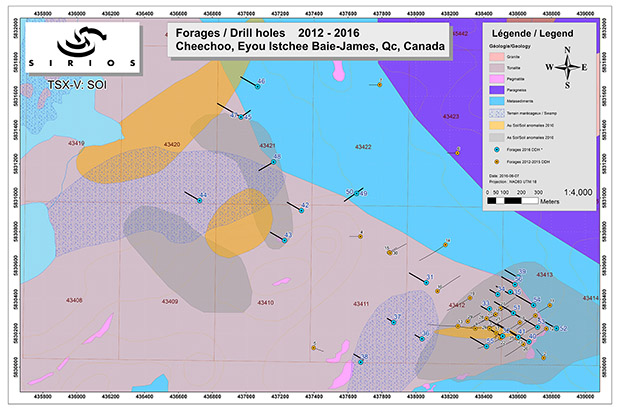 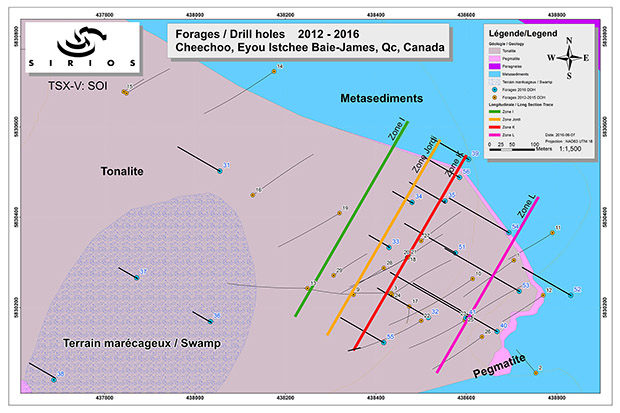 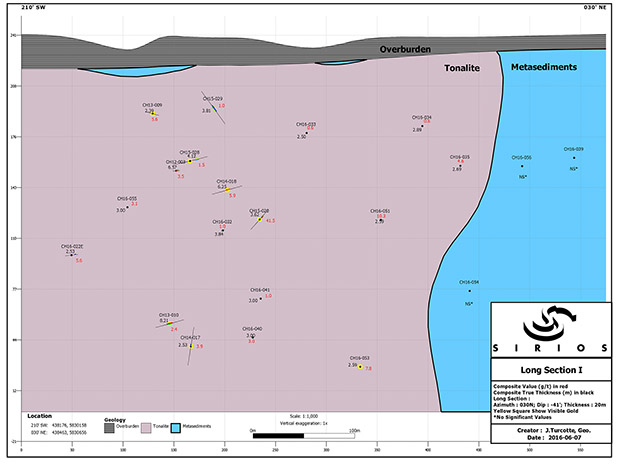 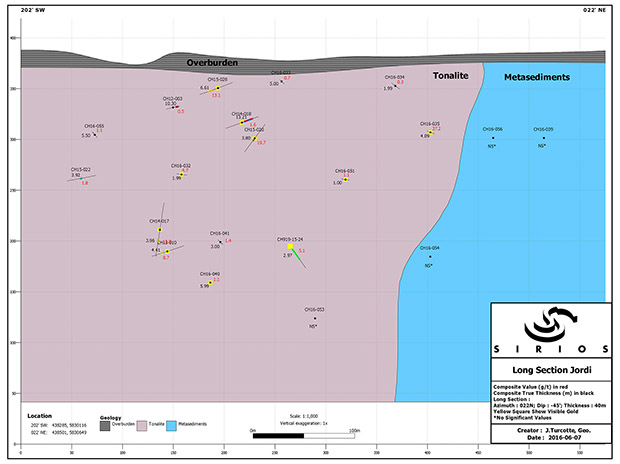 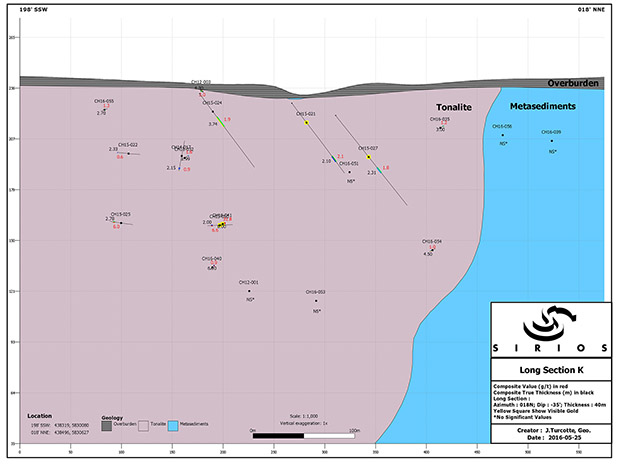 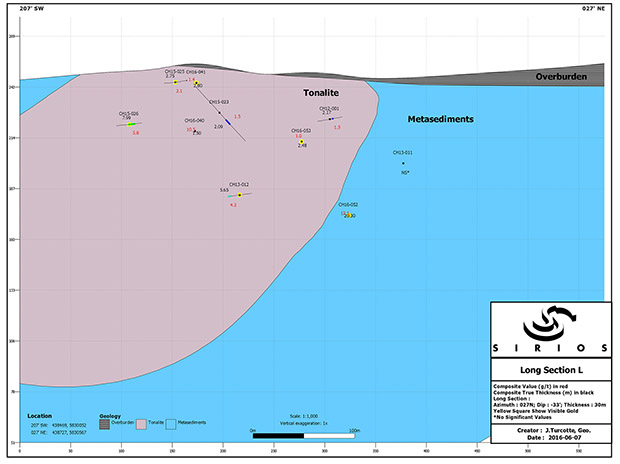 The table below lists all significant results:

Information and coordinates of drill holes

The CHEECHOO gold project is located in Eeyou Istchee James Bay, Quebec, 800 km north of Montreal and less than 10 km from the Eleonore gold mine of producer Goldcorp that has just begun production. This world-class gold deposit contains reserves of 4.97 Moz Au (proven and probable categories), combined measured and indicated resources of 1.06 Moz Au and inferred resources estimated at 2.80 Moz Au, for a total of 8.83 Moz of gold. (Source: Goldcorp press release dated February 19, 2015). In 2012, Sirios concluded an agreement with Golden Valley Ltd. regarding ownership of CHEECHOO allowing it, to upon completion of certain obligations and counterparts, increase its current interest to 100% (press release dated December 9, 2013). Sirios has recently completed all these obligations and counterparts and will file shortly a request for transfer of mining claims to the competent authorities.

NQ-caliber drill cores of current campaign were sawed in half, with one half sent to a commercial laboratory for analysis and other half retained for future reference. A strict QA/QC program was followed by integrating blanks and certified reference materials to the drill core samples, all of which were prepared by IOS Services Géoscientifiques inc. of Chicoutimi, and assayed for gold by fire assay and atomic absorption finish (AA24) by the ALS Minerals laboratories in Val d’Or, Quebec. Samples grading more than 3 g/t were re-assayed by fire assay with gravimetric finish. (GRA22). Samples with visible gold were assayed by pyro-analysis with metallic sieve (SCR24) from a sample of about 1 kg.