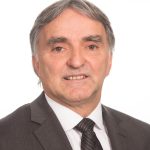 Dominique Doucet has been active in the mineral exploration industry for close to 45 years. He holds a degree in geological engineering with a specialization in mineral exploration from the École Polytechnique de Montréal. He started as a consultant engineer. Then, he founded William Resources Inc., (MSE, 1990 – 1994) before creating Sirios in 1994. Also, he was a co-founder, Vice-President and Director of Dios Exploration Inc. from 2001 to 2011, in addition to the creation of Khalkos Exploration Inc. in 2011. 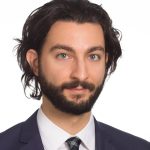 Frédéric Sahyouni holds a Bachelor’s degree in Commerce from the John Molson School of Business of Concordia University in Montreal. He’s been an integral part of the Sirios team for over ten years, managing the company’s finances, investor communications and marketing. Mr. Sahyouni has been Chief Financial Officer of the company since 2011 and held the same position at Sirios’ gold-copper spin-off Khalkos Exploration Inc. for four years. He was a director of Sirios from 2011 to 2014. He has worked as a business consultant for different companies both in the mining and music industry. 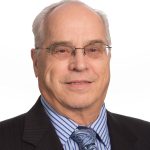 Director, Chairman of the Board and Audit Committee President

Luc Cloutier holds an Accounting Diploma from the Timmins Business College. From 2001 to 2011, he was Chairman of Caisse Desjardins D’Amos, where he acted as director during the previous ten years.

He was President & CEO of Trudel & Frères, a safety products and equipment distributor company. Since 1998, he has been President of his own private management company. 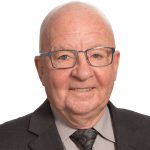 In 2002, he was appointed Special Representative of the Prime Minister on the issue of the territorial agreement with the Innu of the North Shore. He then became the President of the Association des centres locaux de développement du Québec (ACLDQ) and CEO of the Québec Forest Industry Council. 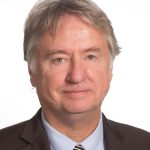 Mr. Bouchard has been involved in the mining industry for more than 30 years. He holds a Master degree in geology and a MBA, he has been a Director and a Senior Executive for several publicly traded companies in the mining sector. He has vast experience in financing, exploration, development and production.

He was recently President and CEO of Clifton Star Resources Inc., which was acquired by First Mining Finance Corp., for which he is now a Director. He also occupied numerous senior executive positions in the past. Mr. Bouchard was responsible for the co-discovery of the Bouchard-Hébert mine, in northwest Quebec.

Dominique Doucet has been active in the mineral exploration industry for close to 45 years. He holds a degree in geological engineering with a specialization in mineral exploration from the École Polytechnique de Montréal. He started as a consultant engineer. Then, he founded William Resources Inc., (MSE, 1990 – 1994) before creating Sirios in 1994. Also, he was a co-founder, Vice-President and Director of Dios Exploration Inc. from 2001 to 2011, in addition to the creation of Khalkos Exploration Inc. in 2011. 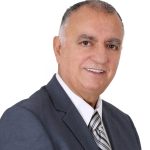 When he was Director of Exploration for Minerals Lac Ltd.; during this period, he was at the origin of Bousquet 1 gold mine discovery and, also, greatly involved in the Doyon gold mine discovery. He also held the position of Senior Exploration Geologist at Casa Berardi Mine in Abitibi and Director of Exploration for Agnico Eagle in Mexico, helping to bring the Pinos Altos mine into production. He is retired since 2012 and lives in Peru. In 1978, he was named Prospector of the Year by the Quebec Mineral Prospectors Association. He was President of the Quebec Mineral Prospectors Association from 1982-1983. 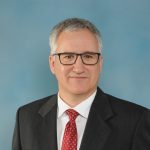 Louis Martin, an independent geological consultant, has over 30 years of experience with major, mid-tier, and junior mining companies. He has made significant contributions to the discovery of several gold and base metal deposits during his career. His exploration and mine development experience were acquired in Quebec, Ontario and British Columbia.

Louis was part of the exploration teams that were awarded the Discovery of the Year by the AEMQ (Quebec Mineral Exploration Association) for the West Ansil Deposit (2005) and the Louvicourt Deposit (1989).  He also partook in the definition and underground development of the Norlartic, Kierens and Gold Hawk gold mines in the Val-d’Or region. 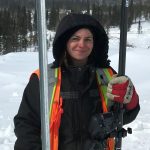 Alexandra Blanchette-Marier joined Sirios Resources in 2016, after obtaining a bachelor’s degree in geology from the Université du Québec à Chicoutimi. During her studies, she obtained the Collegiate Performance – Engineering Scholarship and the SEMAFO Scholarship. 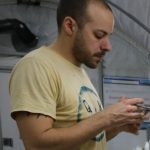 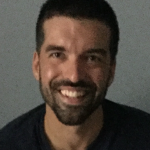 Guillaume has accumulated years of fieldwork experience before obtaining his Bachelor’s degree in geology from the University of Quebec in Chicoutimi. He handles, among other things, technology integration for prospecting and mapping. 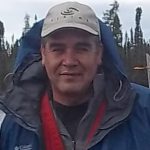 Roger Moar holds a bachelor’s degree in geology from the Université de Montréal and has extensive experience in the mining industry, in terms of regional mapping, property evaluation, geophysical and geochemical studies, diamond drilling, and project management. 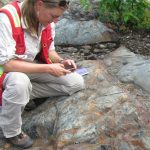 Nathalie Schnitzler obtained her engineering degree in geology specializing in mineral exploration in 2012, in France, and then obtained a second master’s degree in 2018 at the Centre Eau Terre of INRS. At Sirios Resources, she is responsible for supervising drilling campaigns, geochemistry and geostatistics. 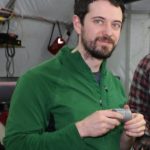 Working at Sirios Resources since 2015, Jordi Turcotte is mainly involved in the Cheechoo project, from drilling strategy to field execution and reports. He holds a Master’s degree in Earth Sciences from the Université du Québec à Chicoutimi. 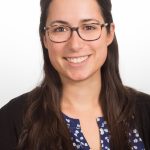 Eliane’s qualifications include a Bachelor’s degree in Business Administration, major in Accounting Sciences as well as a graduate CPA degree in 2016. She has worked in human resources and accounting at the company since 2010. Her duties include preparing quarterly financial statements and fiscal summaries, managing payroll, and general bookkeeping.

Discovering gold from prospecting to exploration.
Sirios generates and manages its mining exploration projects by working closely with its partners, fully respecting communities and the environment, as well as utilizing the latest advanced technologies.