MONTREAL, QUEBEC– Management of SIRIOS (TSX-V: SOI) is pleased to announce assays results from the extension of two drill holes on the Cheechoo gold property. The extension of drill hole #125 (125E) intersected a zone of veining and quartz-feldspar breccias, which assayed 26.8 g/t Au over 6.8 m, including an interval of 69.8 g/t Au over 2.5 m. This intersection results in a 40-meter extension below the vein of drill hole #112, which assayed 41.0 g/t Au over 8.0 m (press release of February 14, 2018). It is oriented north-northwest, sub-vertically dipping, which is consistent with the structural data obtained from the borehole logging survey in drill hole #112. The true width of the intersection is estimated at 3.6 metres. Drill hole #125E was completed to a depth of 451 m in auriferous tonalite material. 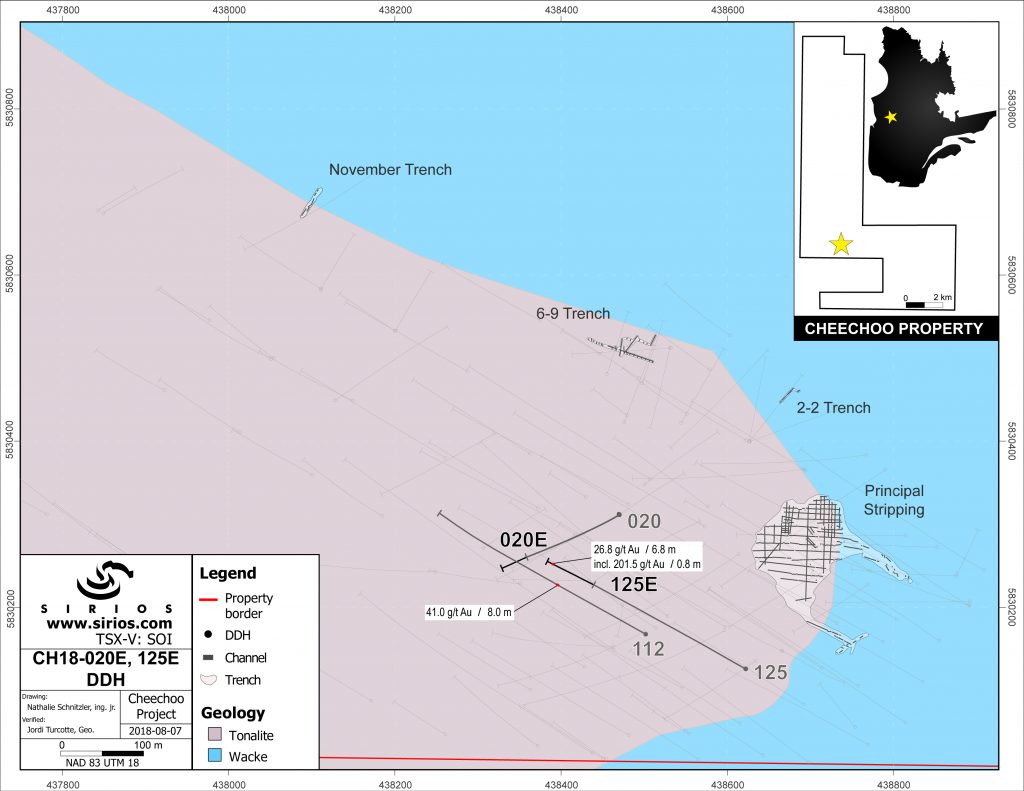 The extension of drill hole #20 (20E) intersected two decimetric veins (quartz-feldspar) up-dip and similar to drill hole #112. Although, they did not yield significant gold grades, the mineralized zone remains open in all directions.

Results of 20 additional drill holes recently received are currently being interpreted and results will be released shortly. Assay results of the remaining 28 drill holes, out of 58 completed in 2018 for a total of 15,720 metres, are still pending. A table of collar coordinates is available at the following link: