MONTREAL – The management of SIRIOS (TSX-V: SOI) is pleased to announce assay results for seven additional drill holes completed in 2018, located to the north-west of the main drilled area of the Cheechoo gold property.

Significant results of the seven drill holes are listed in the table below. 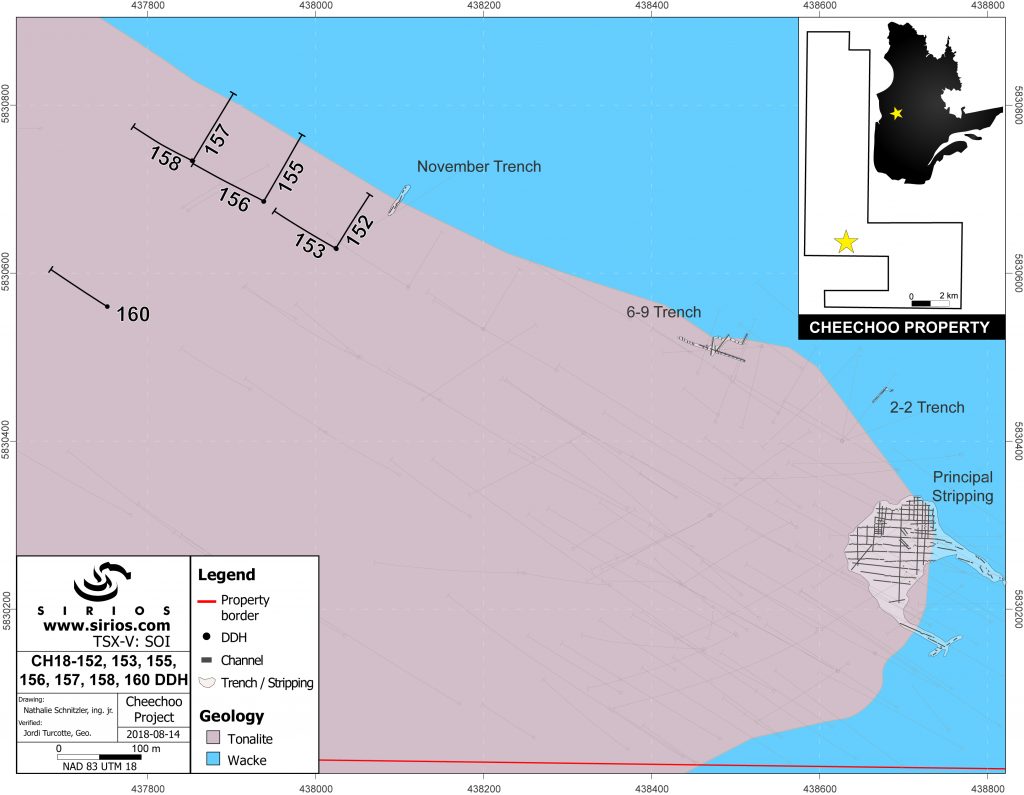 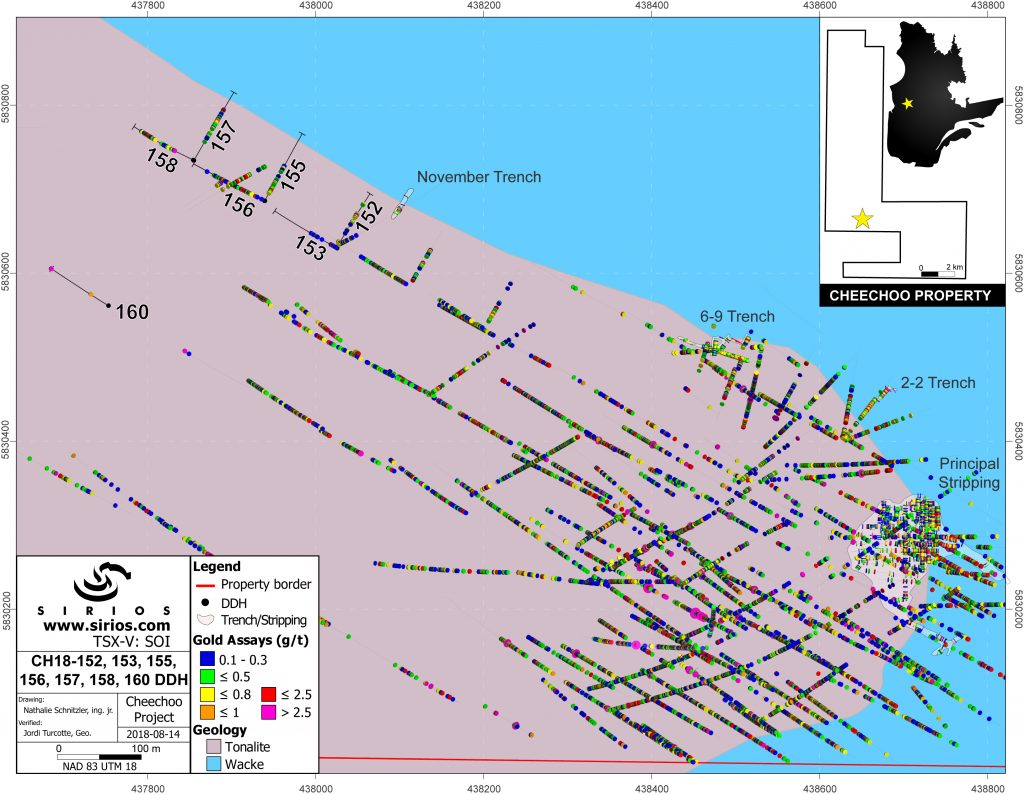