Sirios intersects 97.5 g/t Au over 2.4 meters in the Eclipse area at Cheechoo

MONTREAL – Management of Sirios Resources Inc. (TSX-V: SOI) is pleased to announce the results of four drill holes undertaken in the Eclipse area, located at approximately 750 metres west of the main drilled area on the Cheechoo gold property. Drill holes #161 and 163 intersected respectively 49.5 g/t Au over 2.2 m and 97.4 g/t Au over 2.4 m. These mineralized intervals are part of a high-grade zone that was intersected previously by drill holes #95, 97 and 99, yielding 11.9 g/t Au over 13.5 m, including 100 g/t Au over 1 m (press release May 9, 2017). This zone is continuous laterally for approximately 150 metres, between #161 and 97. It is interpreted as being the depth extension of the high-grade veins system of the Moni Showing, exposed on the surface on the neighbouring Éléonore South property, located only a few metres south of the border between the two properties.

Dominique Doucet, President, states: “The zone of high-grade gold veins of the Eclipse area represents an important asset to our Cheechoo project. It adds high-grade veins to the ones in the large, low-grade gold envelope of the main area located to the east. The near surface occurrence of these gold-rich veins can provide a greater flexibility to a future mining project.” 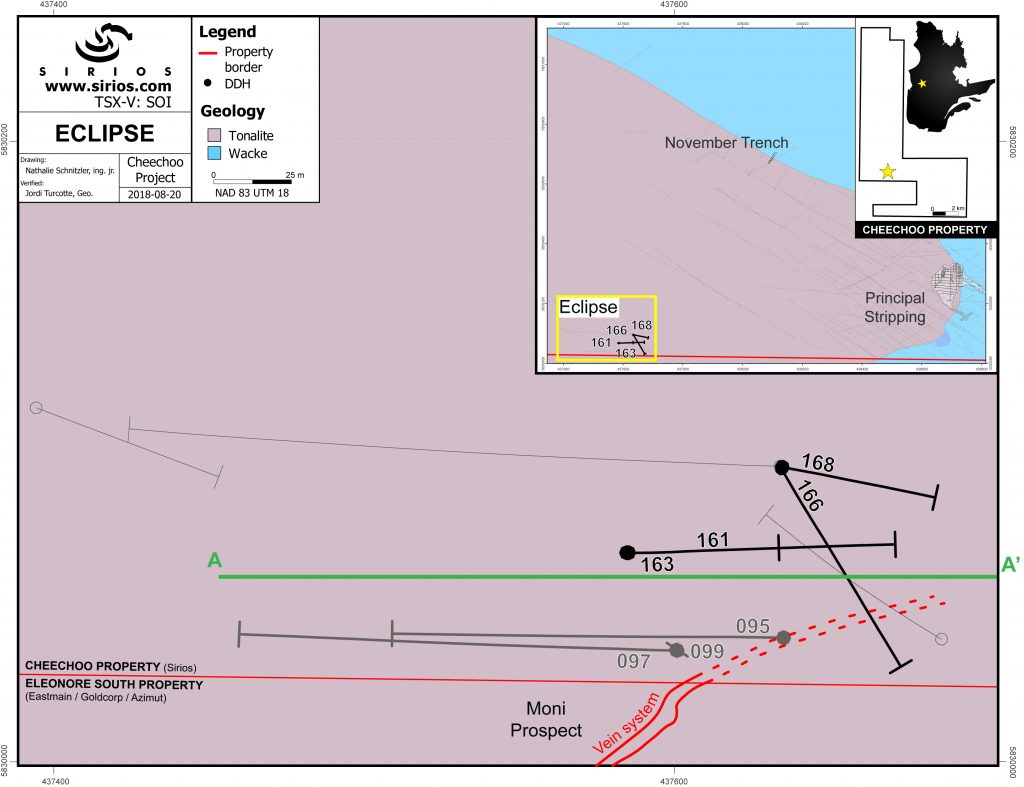 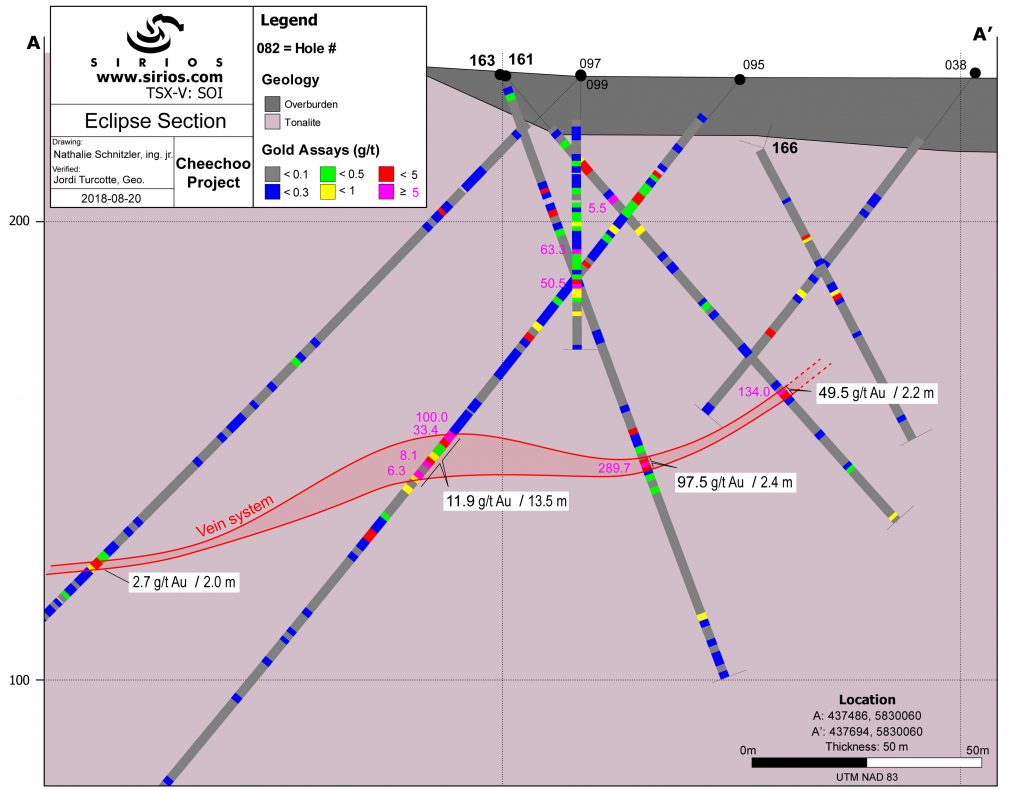 The gold zone of the Eclipse area forms a geometrically complex plan with an east-northeast orientation and dipping at approximately 60 degrees to the north-west. The trace of the zone at surface on the map below is based on surface data of Éléonore South (press release of Eastmain Res. October 17, 2017) and on multiple mineralized boulders found on surface on Cheechoo (press release February 28, 2017)